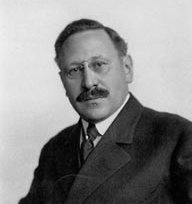 In the 1910s, Chicago philanthropist Julius Rosenwald, president of Sears, Roebuck and Co., became aware of the sad state of education among African Americans in the rural South. His response was establishment of a fund that provided architectural plans and matching grants that helped build more than 5,300 schools from Maryland to Texas between the late 1910s and 1932. North Carolina had more than 800 projects, more than any other state.

Rosenwald schools are a special interest of the North Carolina State Historic Preservation Office (HPO) because they are tremendously important yet quickly disappearing from the landscape. Since the 1980s, the HPO has been documenting Rosenwald schools through comprehensive historic architectural surveys of municipalities and counties conducted in collaboration with local governments. A more concerted effort by the HPO to record the schools began after the North Carolina Rosenwald Schools Community Project (RSCP) asked the HPO to provide material for an exhibit that was to be displayed during the nation’s first regional conference on Rosenwald schools, sponsored by the RSCP. The conference was held in Charlotte in 2001, and the following year the HPO collaborated with the RSCP on a smaller event held in Raleigh that featured a gathering of alumni of Wake County’s Rosenwald schools on a Sunday afternoon and a lunch-time program made the next day to Department of Cultural Resources (DCR) staff.

As a result of the strong, positive response to HPO staff’s solicitation of information at the 2002 events in Raleigh, an organized program of volunteer surveyors overseen by HPO staff was developed. The HPO already had more than 40 files on Rosenwald schools that had been compiled through the comprehensive architectural survey program and a dozen of the schools had been listed in the National Register of Historic Places. Volunteers selected one or more counties and strived to document all of the Rosenwald schools that had been built there. Over the next few years they submitted data on scores of schools for incorporation into the HPO’s architectural survey files, which are part of the State Archives.

Pleasant Plains School, Hertford County    The need for a comprehensive survey of Rosenwald schools was underscored by their placement on the National Trust for Historic Preservation’s 2002 list of America’s 11 Most Endangered Historic Places. Since 1988, this list, announced annually, has raised awareness and rallied resources to save endangered sites in every region of the country. When the 2002 list was announced, the National Trust noted that the first step in saving the remaining Rosenwald schools is a systematic survey, coupled with creation of local activist networks dedicated to implementing adaptive uses of the buildings. In 2001, the National Trust Southern Office established the Rosenwald School Initiative to develop a network of private individuals and organizations interested in preserving the remaining schools. The HPO has been an active partner in the initiative, enjoying a productive collaborative relationship with the National Trust for many years.
The HPO has not had the financial resources to undertake a comprehensive survey of the state’s Rosenwald schools, but the agency has continued to work with citizens across North Carolina to help them identify, preserve, and celebrate the schools and the important heritage they represent. HPO staff have continued to incorporate data on the schools submitted by the public and to work closely with individuals and groups striving to preserve their schools. The HPO now has files on almost 200 schools (of which about 125 remain standing), while the status of approximately 200 others is known, both extant and lost. It is likely that scores more remain, awaiting identification, recognition, and preservation.

Since 2014, the HPO has entered all of its data on North Carolina’s Rosenwald schools into the survey database it developed in the mid-2000s and all of the recorded schools have been mapped in the HPO’s geographic system, which is accessible to the public at http://gis.ncdcr.gov/hpoweb/. To date, the HPO has guided the preparation of National Register nominations for 30 schools and identified 38 others as potentially eligible for listing while providing consultation assistance to numerous individuals and organizations dedicated to rehabilitating dozens of schools across the state. In 2015, the Keeper of the National Register approved a multiple property documentation form prepared by HPO staff, “Rosenwald Schools in North Carolina,” which will facilitate future nominations of the state’s Rosenwald schools to the National Register.

Also in 2015, the National Park Services awarded the HPO an Underrepresented Communities Grant that is being used, in part, to fund the preparation of National Register nominations of six Rosenwald schools. As a partner in this project, the Conservation Trust for North Carolina has provided an intern to conduct research needed for the nominations.

The HPO also has co-sponsored two conferences on North Carolina’s Rosenwald schools: “A Gathering of Rosenwald School Surveyors,” held November 15, 2003, in Raleigh, and “Practical Advice for Preserving Rosenwald Schools,” held November 18-19, 2005, in Halifax County. In 2015, the HPO was a co-sponsor with the National Trust for Historic Preservation and others of the national Rosenwald schools conference held in Durham, Sharing the Past→Shaping the Future.