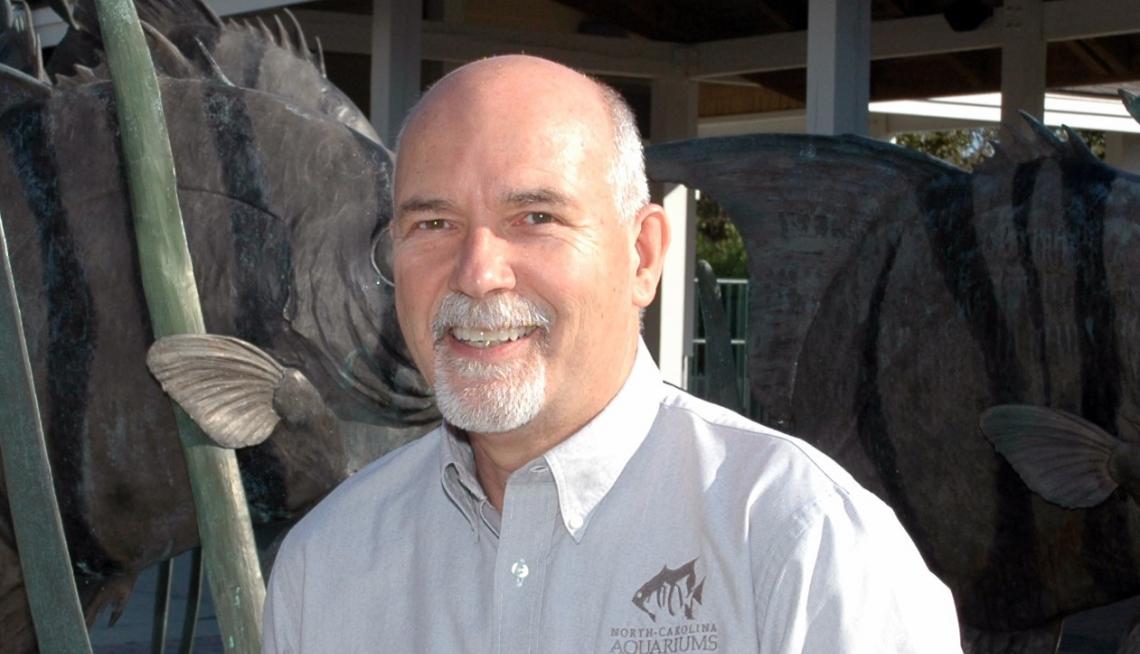 Prior to his tenure at the NC Aquarium on Roanoke Island, he spent 26 years with the Virginia Aquarium and Marine Science Center in Virginia Beach as Director of Exhibits and Husbandry and other positions. He earned a Master of Science in Biological Oceanography from Old Dominion University.

As director, White oversees the entire North Carolina Aquariums Division made up of aquariums in Fort Fisher, Pine Knoll Shores and Roanoke Island, as well as Jennette’s Pier in Nags Head. He will also work closely with the board and staff of the North Carolina Aquarium Society, the nonprofit organization that manages fundraising and development for all four facilities and their conservation initiatives.