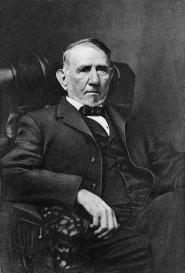 On December 20, 1820, Washington Duke, patriarch of the Duke tobacco empire, was born on a farm in Orange County. In 1852, Duke built a two-story frame house for his family on a 300-acre farm on the outskirts of what is now Durham. The house was the birthplace of Duke’s only daughter, Mary Elizabeth, and his sons James Buchanan Duke and Benjamin Newton Duke. The family forever changed industry, education and philanthropy in North Carolina.

After the Civil War, Washington Duke and his sons began to process brightleaf tobacco into a form for smoking. They labeled the product “Pro Bono Publico” (For Public Good). Union soldiers who had smoked the brightleaf tobacco while in the South began ordering the Duke tobacco. 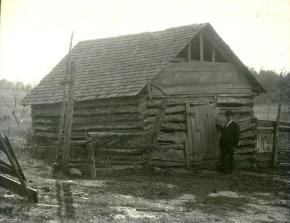 In 1884, the Duke family acquired the Bonsack cigarette-processing machine, allowing W. Duke, Sons and Company to become one of the leading cigarette producers in the country. In 1890, son James Buchanan Duke arranged for the Duke company to merge with four competitors and become the American Tobacco Company. The Duke family accumulated great wealth, which they used for worthy projects including transforming Trinity College into Duke University.