The Confederate Cabinet Meets in Charlotte 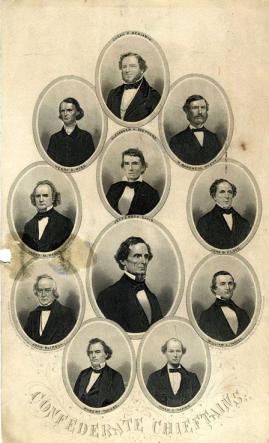 Davis and his cabinet held their final meetings in the Branch office of the Bank of North Carolina on Tryon Street, which served as the final center of the Confederate government. Faced with the inevitability of defeat, Davis adjourned his government, and planned to escape southwest overland to Mexico, where he could establish a government in exile. On May 10, Davis and his wife, Varina, were captured near Irwinville, Georgia.