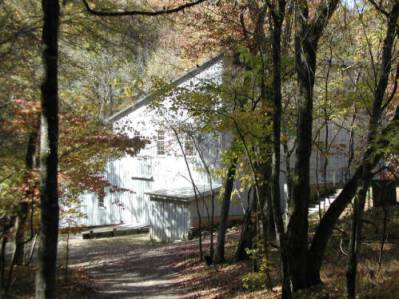 On May 28, 1845, John Reed, the owner of the property where the first documented discovery of gold in the United States took place, died. In 1799, Reed’s son, Conrad, found a 17-pound yellow rock in Little Meadow Creek. Conrad brought it home where it was used as a doorstop for years. The elder Reed made several unsuccessful attempts to discern the rock’s value. In 1802, a merchant in Fayetteville paid the family $3.50 for it. Later Reed discovered that the rock was in fact gold and that the merchant received $3,600 from its sale.

In 1803, after turning a substantial profit selling nuggets found along the creek, Reed ventured into a partnership to purchase slaves to search for gold. The venture was rewarded with a 28-pound nugget, the discovery of which sparked an era of gold fever. The Reed Mine helped establish North Carolina’s mining industry 20 years before the California gold rush. So much gold was discovered in the Charlotte area that, in 1837, the Federal Government established a branch United States Mint there to transform it into currency. In recognition of the mine’s contribution to state history, the Reed Gold Mine is now a state historic site.