The Vanderbilts of Biltmore Marry in Paris 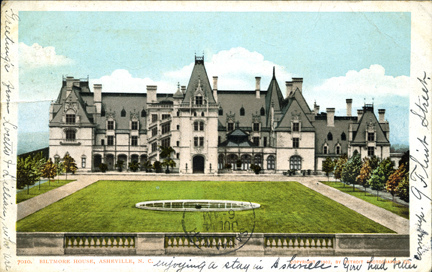 On June 1, 1898, Biltmore Estate owner George Washington Vanderbilt wed American socialite Edith Stuyvesant Dresser in a civil ceremony in Paris. The next day, the couple exchanged vows again during a religious ceremony in Paris’s American Cathedral with much of society’s elite present.

After a four-month European honeymoon, the Vanderbilts came home to Asheville, and Edith became “mistress of Biltmore,” assuming day-to-day management of America’s largest house. The new bride quickly endeared herself to estate workers, delivering food and medicine to their families when needed, and bringing gifts when babies were born. The Vanderbilts’ own child, Cornelia, was born in 1900.