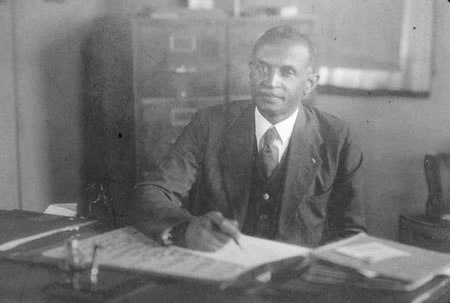 The eldest of twelve children, Shepard was born in Raleigh in 1875. After graduating from Shaw University with a pharmacy degree in 1894, he married Annie Day Robinson, granddaughter of the renowned antebellum furniture maker Thomas Day.

In 1898, Shepard became one of the first seven investors in the North Carolina Mutual Life Insurance Company in Durham. The company eventually became the largest black-owned business in the South. In 1907, Shepard assisted with incorporating the Mechanics and Farmers Bank, another successful black-owned institution in Durham.

Outside of his businesses,  Shepard was very active in politics and education. He served as a clerk in the Recorder of Deeds Office in Durham County and served as Raleigh’s deputy collector for the Internal Revenue Service. In 1910, he opened what eventually become N.C. Central University. The school became a public institution and the first publicly-supported liberal arts college for blacks in the country in 1923. Shepard served as the president of the college until his death in 1947.