A Riot at Salisbury Prison 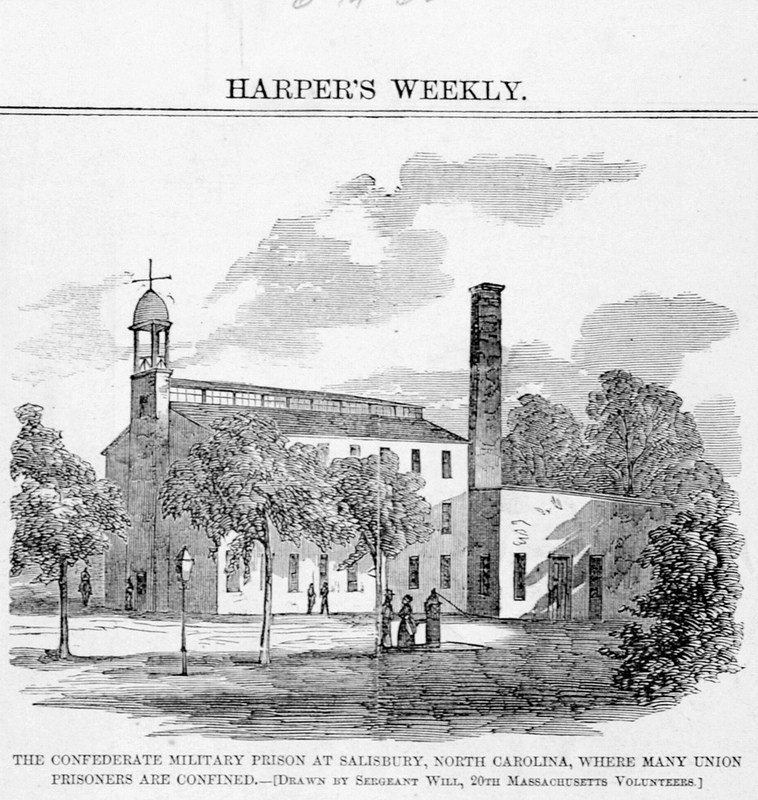 On November 25, 1864, a riot between Union prisoners of war and their Confederate guards broke out at the Confederate military prison at Salisbury.

Salisbury Prison, a former cotton mill, was initially established to house Union prisoners of war waiting to be exchanged. With the end of prisoner exchanges and the inability of the Confederate army to transport prisoners other camps, Salisbury Prison became the main prisoner of war camp for the Virginia Theater in September 1864 and the prison population swelled. The influx of prisoners caused conditions to deteriorate, and food rations to be reduced.

Prisoners organized an attack after having gone a reported 48 hours without food. A mob of inmates overpowered guards during a shift change. Many of the guards threw down their weapons and fled. Prisoners armed themselves with the discarded weapons, but they lacked additional ammunition.

Outside guards turned cannons on the prisoners, firing grape and canister shot, and Confederate troops at a nearby train station ran over to assist in quelling the riot.  A prisoner wrote in his diary of the event, “It lasted but a few moments, nevertheless, in that short time eighty-one were killed and as many wounded.”