The Duke Endowment: Enriching the Carolinas 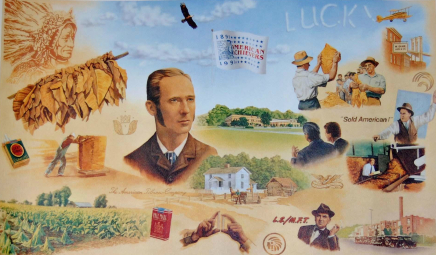 On December 11, 1924, James B. Duke established the Duke Endowment with an initial gift of $40 million. The Endowment received an additional $67 million at Duke’s death the following year.

Philanthropy was nothing new to the Duke Family. Washington Duke, James’ father, and Benjamin, his brother, were both noted for their philanthropic work, which was supported with the proceeds from their tobacco and electric power businesses. The Endowment initially supported colleges and universities, hospitals and orphanages in North and South Carolina, and the Methodist church in North Carolina.

Two especially noteworthy early programs of the Endowment were the construction of dozens of community hospitals in North Carolina, which established a national model for rural health care, and a “Summer Preacher Program” designed to offer Duke Divinity School students opportunities to serve and train in rural churches.

Today, the Endowment is among the world’s largest foundations. It continues to focus on helping people and strengthening communities in North Carolina and South Carolina by nurturing children, promoting health, educating minds and enriching spirits. Since its inception, the Endowment has awarded more than $3 billion in grants, including nearly $1.5 billion to Duke University.