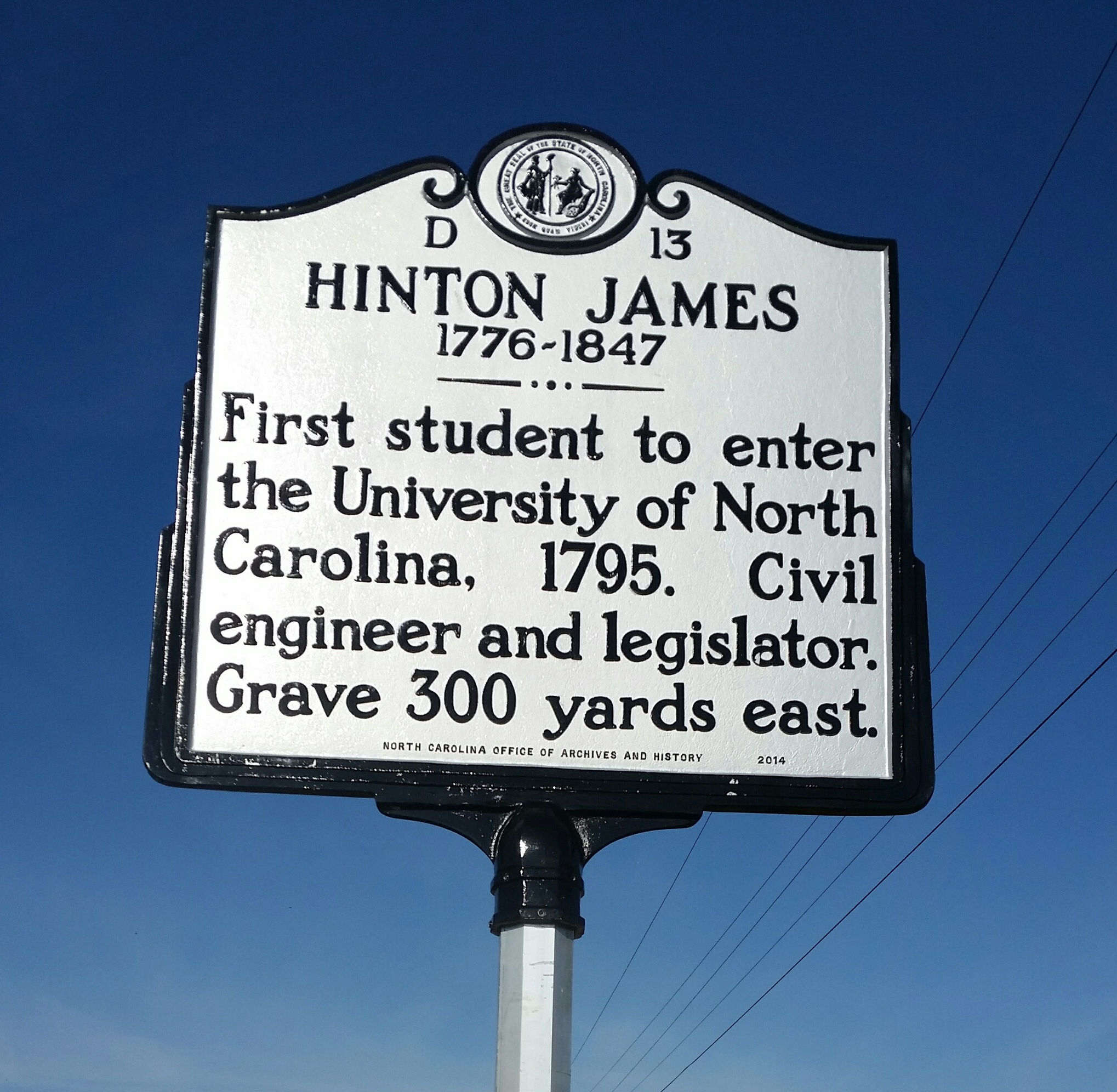 On February 12, 1795, Hinton James became the first student to enter the University of North Carolina. James, who had walked to Chapel Hill from his home in New Hanover County, was the only student for the first two weeks of the school year. Academically gifted, James helped organize the first literary club and debating society on campus. He was awarded a bachelor’s degree as one of the seven students in the university’s first graduating class in July 1798.

After graduation, James became an assistant to Hamilton Fulton, a Scottish engineer hired by the state to make navigation improvements on the eastern rivers. He was put in charge of operations along the Cape Fear River, but left in 1807 upon his election to the state legislature. He served three terms in Raleigh, before serving as mayor and treasurer of Wilmington and as a magistrate of New Hanover County.

James died in 1847 and was buried at Hopewell Presbyterian Church near Burgaw. A dormitory at the University of North Carolina is named in his honor.