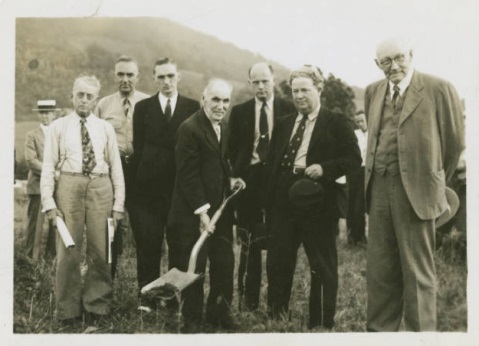 On March 4, 1911, Congressman Robert Lee Doughton launched a 42-year career in the United States House of Representatives. He served 21 successive terms in Congress before voluntarily retiring in 1953, just short of his 90th birthday.

Born in Alleghany County in 1863, he was named for the Confederate general under whom his father served. A farmer by trade, Doughton began a career in public service with his appointment to the state Board of Agriculture in 1903. He then served in the state Senate in 1908 and 1909, before being elected to Congress in 1910.

In Congress, Doughton was appointed to the powerful House Ways and Means Committee. He would eventually work his way up to chair the committee and went on to hold that post for 18 years, longer than any other member. Often called “Muley Bob,” since he was famous for his stubbornness, Doughton was an expert on tax policy. He also took great pride in his role in the preparation and passage of the Social Security Act of 1935, and he was instrumental in the creation of the Blue Ridge Parkway, the ground for which was broken in his home county in 1935.

Doughton died in 1954 in his home in Laurel Springs.