The “Rice Diet” and Duke University 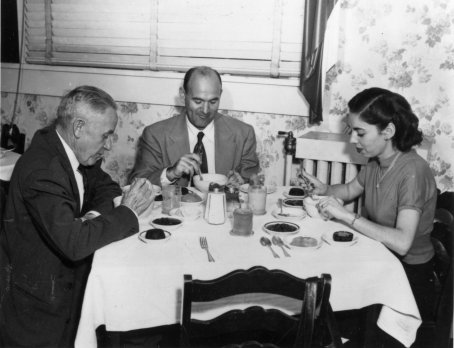 On May 6, 1944, the Journal of the American Medical Association cited a study on the effect of what would become known as the “Rice Diet” on treating heart disease. Walter Kempner of Duke University presented the results at an AMA conference later that year.

Kempner documented decreases in heart size, improved kidney function and a reversal of high blood pressure when patients ate a diet limited to rice and fruit. The prescribed diet contained only 50 milligrams of sodium and limited its calories from fat and protein to less than 5 percent each.

The regimen successfully treated disease without drugs. Its beneficial effects were dramatic, not only on kidney disease and hypertension, but also on cholesterol, cardiovascular disease, congestive heart failure and diabetes. Kempner found that the low fat content of the diet also enhanced weight loss.

Patients who adopted the diet, known as Ricers, lost weight because it was so low in calories and fat. Kempner was one of the first doctors to recognize obesity as a disease as serious as hypertension, although his results were at questioned at first. Patients began making pilgrimages to Kempner’s Duke University clinic, transforming the hospital into an internationally-known institution.