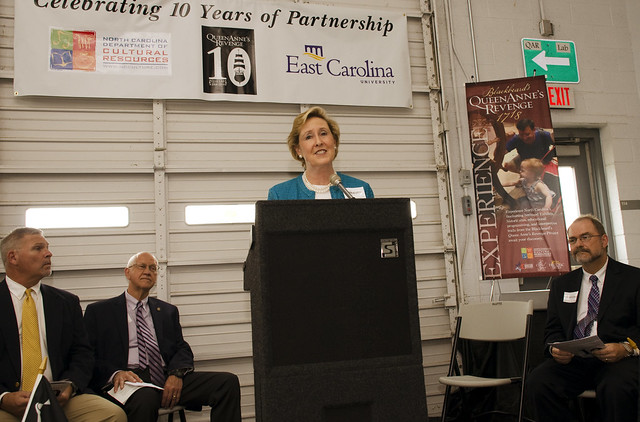 In late April, Cultural Resources Secretary Susan Kluttz and several other members of the DCR team joined with colleagues and friends from East Carolina University to celebrate 10 years of partnership between the department and the university in running and managing the Queen Anne’s Revenge (QAR) Lab. 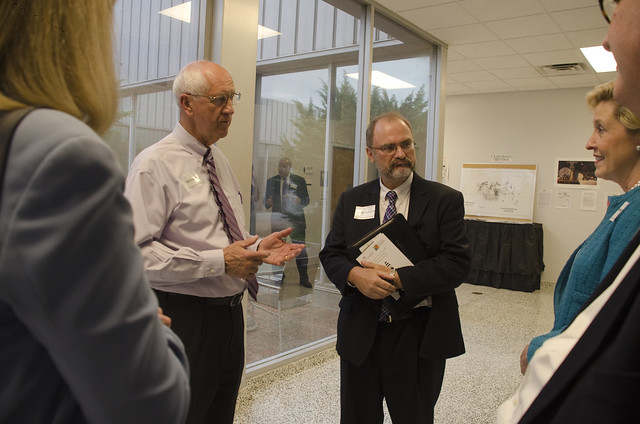 Though the staff at the lab work for DCR’s Office of State Archaeology, the lab itself is part of East Carolina’s West Research Campus. Dozens of ECU graduate students have gained experience working at preserving the treasures in the lab and in the field as part of this exciting project. During the celebration, the Secretary had the chance to meet and personally thank several members of the QAR team for all that they do to make this recovery and preservation operation a huge success.

ECU isn’t DCR’s only partner in the project either. The N.C. Division of Marine Fisheries, National Oceanic and Atmospheric Administration, U.S. Coast Guard, Intersal, Inc.  and Nautilus Productions are just a few of the agencies and companies that provide technical and logistical support to the archaeologists who work in the field.

Photos of the memorable celebration are available online. You can also learn more about the QAR project, and even signup for a behind-the-scenes tour of the lab, on the QAR project’s website.