Remembering Our Veterans’ Sacrifices in Wilmington at the Battleship North Carolina

This Memorial Day, Cultural Resources Secretary Susan Kluttz, Governor Pat McCrory and several other members of his Cabinet joined Battleship North Carolina Executive Director Captain Terry Bragg and a crowd of hundreds to pay their respects to those who have served our country throughout the years.

Secretary Kluttz introduced Governor Pat McCrory, who spoke to the importance of military members and their contribution to North Carolina’s security and economy. 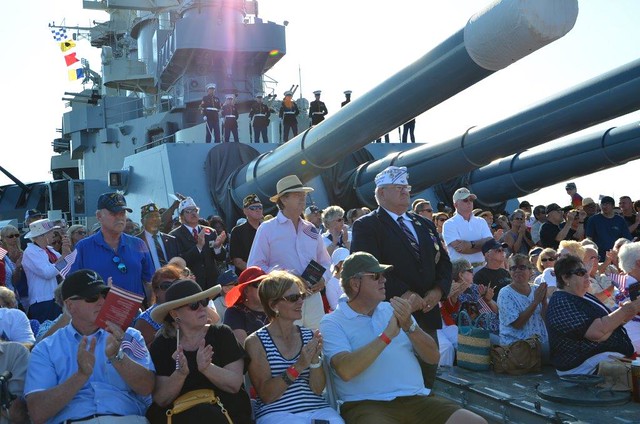 After an emotional commemorative ceremony complete with musical arrangements from a military band and a keynote address by Brig. Gen. Robert F. Castellvi, the top commander at Camp Lejeune, the Secretary, Gov. McCrory, Capt. Bragg and members of the Battleship North Carolina Commission received a check from the State Employees Credit Union Foundation, which pledged $3 million to build a memorial walkway around the ship.

See photos of the day’s activities in the Wilmington Star-News and on the Governor’s Flickr site. 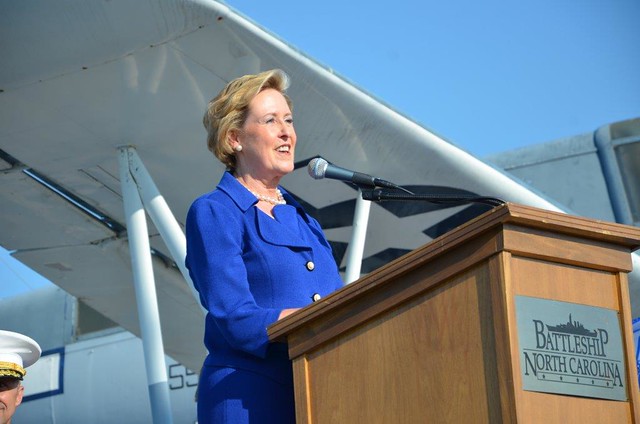