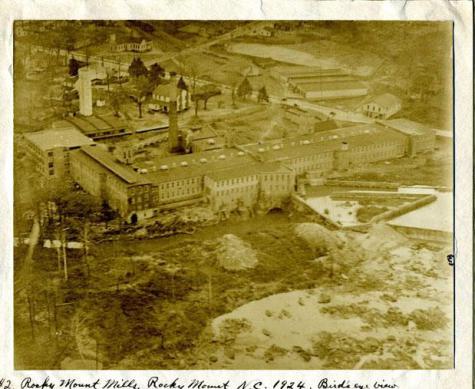 Manufacturing began in Rocky Mount in 1818 on a 20-acre tract at the falls of the Tar River. The mills were initially operated by Joel Battle and two partners, but by 1825 Battle was the sole proprietor.

Built from local granite, the facility, housing cotton and grist mills, was three stories plus a basement. Slaves and a few free African Americans supplied the labor from the earliest days until about 1852, when the Battles began to substitute white workers, many of them women and children. By that time, local slaveowners were less inclined to hire their slaves out for factory work.

When Rocky Mount Mills closed in 1996, it was believed to be the oldest operating cotton mill in the South. It now comprises a local historic district and has been redeveloped into residential, retail, dining, and office space.