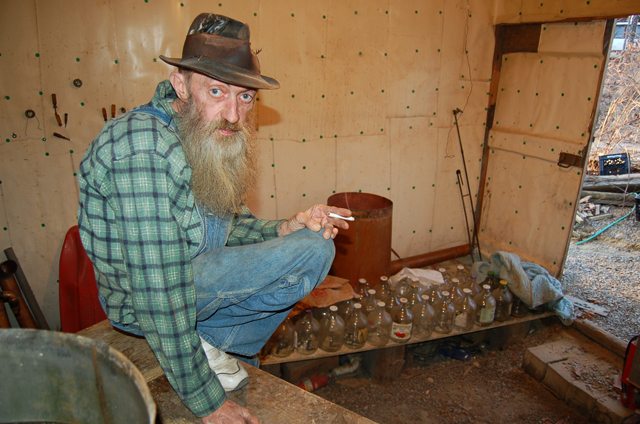 Sutton, a gritty, spirited fellow, first learned how to concoct illegal alcohol from his father, whose Scots-Irish ancestors had been avid distillers in keeping with their cultural tradition. Sutton carried on the family legacy in Cocke County, Tenn., where he became famous not only for his liquor, but for his role in the manifestation of the moonshine culture.

Sutton published an autobiography entitled Me and My Likker in 1999 and continued to spread his love for moonshine when he starred in the documentary This is the Last Drum of Likker I’ll Ever Make in 2002. Through the book and the documentary Sutton conveyed the immense amount of work that he put into distilling liquor. Not only was he witty and wild, but he also was truly passionate about his trade.

Unfortunately Sutton’s notoriety attracted the attention of the law. In 2009, he was convicted of illegal distilling and possession of firearms. Rather than spending the required 18 months in jail, he chose to end his life. Despite his untimely end, Sutton’s lively spirits and cultural pride proved him to be a true mountain man.

Visit: the Mountain Gateway Museum & Heritage Center in Old Fort, which tells the story of the region’s history and has several exhibits related to moonshining.