Name of James Glasgow Expunged from the Map 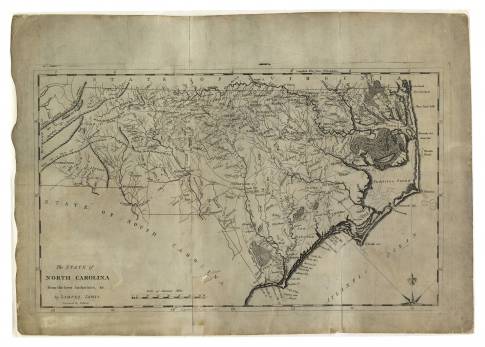 Among other duties, Glasgow oversaw the military grant program that awarded land to soldiers who served in the Continental Line during the American Revolution. Warrants for land were easily forged, which led to Glasgow’s downfall.

In 1797, future President Andrew Jackson wrote a letter to the governor exposing the ongoing land frauds. Charges became official, and Glasgow was brought to trial. The jury handed down five indictments; Glasgow pled not guilty.

After ten days in court, Glasgow was found guilty of three charges: issuing a fraudulent warrant; issuing a duplicate warrant with two separate grants on it; and issuing a grant without proper evidence of the assignment. The residents of Glasgow County did not want to be identified with a criminal and the county was renamed Greene, for Revolutionary War hero Nathanael Greene.

While Glasgow’s name disappeared from the map, his misconduct left a lasting mark in North Carolina’s history. The court that tried Glasgow ultimately became the North Carolina Supreme Court.