Burnham Colburn of Asheville and His Dedication to Mineralogy 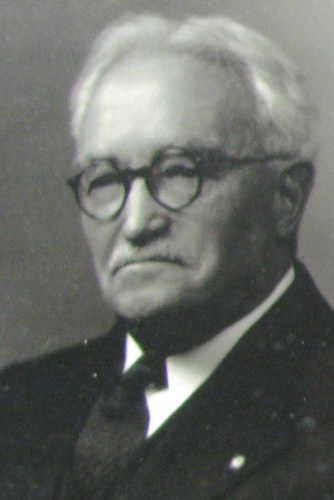 A native of Michigan, Colburn’s first enterprise after arriving in North Carolina was helping to organize Biltmore Estate Company, which sought to help local youths achieve independence by teaching them traditional crafts to sell for the economic benefit of the region. Before the end of his career, he was also heavily involved in North Carolina’s banking industry. Colburn was a man of many hobbies.

A meticulous genealogist, he was a descendant of Mayflower settler Myles Standish and an active member of the Society of Mayflower Descendants. Colburn was also interested in archaeology, helping to found the North Carolina Archaeological Society, but he is best remembered today for his lifelong interest in geology. Geology was actually what he brought Colburn to North Carolina, since he wanted to be closer to the rich mineral deposits found in the mountains. He was instrumental in founding the Southern Appalachian Mineral Society (SAMS), and it was that organization that inherited most of Colburn’s vast personal collection of minerals upon his death.

In 1960, SAMS combined Coburn’s collection with those of several other members to open the Colburn Earth Science Museum. The museum continues to operate in downtown Asheville to this day.