The Watauga Club and the Origins of N.C. State University 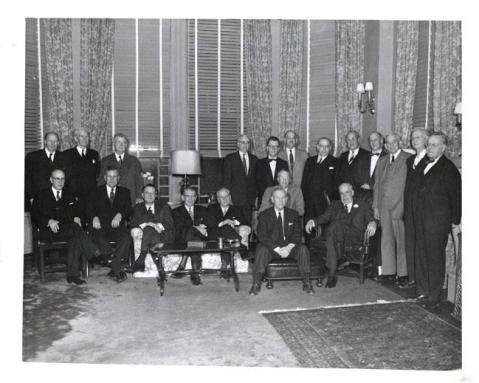 Comprised of a number of influential young leaders under the age of 30, including William Joseph Peele, Josephus Daniels and Walter Hines Page, the progressive organization championed several causes that its members hoped would set the state on a positive course into the future.

Improved roads, more effective farming and agricultural techniques and better schools were all touted by the club as it attempted to bring the state into a more modern era. But perhaps the most important and successful of the group’s goals was the establishment of the North Carolina College of Agriculture and Mechanical Arts. That institution was founded three years later, in 1887, and went on to become North Carolina State University.

The Watauga Club remains in existence today and includes about two dozen members, most of whom are influential leaders in the Raleigh area. North Carolina State University commemorates the club each year with its Watauga Medal. Two or three outstanding people are chosen to receive the honor, which “recognize[s] individuals who have rendered significant and distinguished service to North Carolina State University.”