Explore History and Heritage at the State Fair

October 20, 2015
Late last week, teams of three squared off in what has become an annual State Fair tradition—Duke Homestead’s Tobacco Looping Contest.
The contest highlights what was once a common chore on farms across North Carolina: farmers tied tobacco onto sticks and loaded them into barns, where the crop was cured.  The practice largely fell by the wayside in the mid-20th century as technology improved and tobacco began to be cured in a bulk barn in large containers.

Things to See and Do This Year

The contest also kicks off a host of activities that we’re proud to present at the fair to help you explore our state’s history and heritage. Here are three things to be sure you see on your visit to the fair this year: 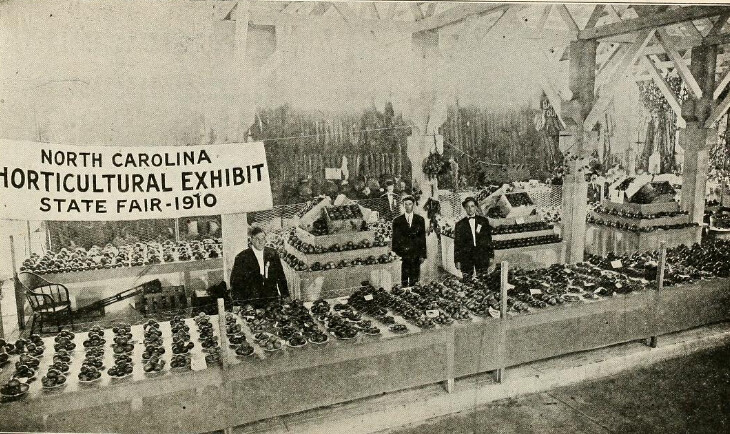 Explore State Fair History from the Comfort of Your Home

Even if you’re not a regular to the N.C. State Fair, you can’t argue that the annual event is part of our state’ rich culture and that it has a deep history. To commemorate those deep roots and help you explore them, the State Archives and State Library offer several great resources:

Happy exploring! We hope to see you out there at this great North Carolina tradition.