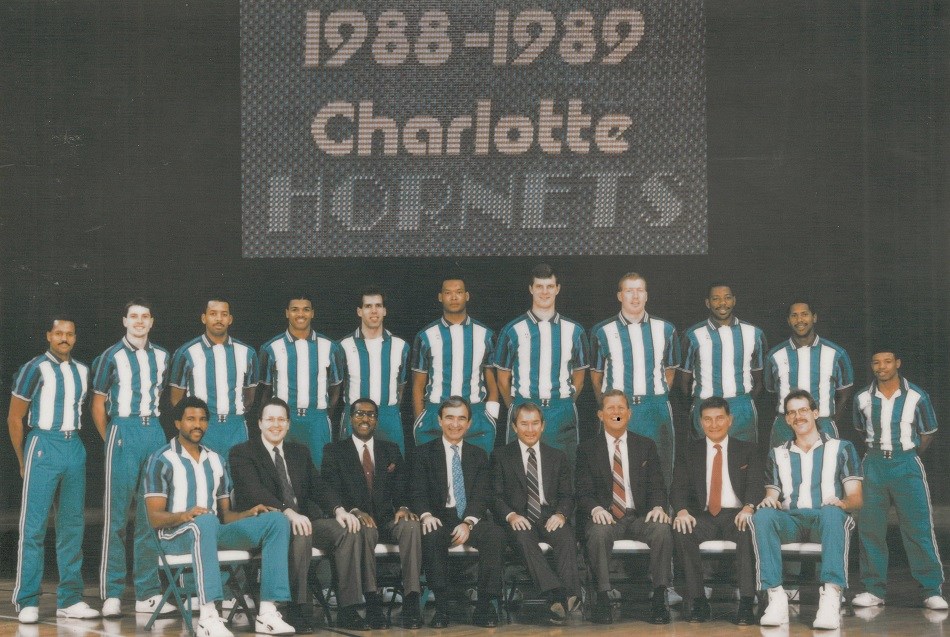 On November 4, 1988, the original Charlotte Hornets franchise played its first game, a 113-93 loss to the Cleveland Cavaliers.

That first game was a formal affair, with men in tuxedos and women in evening gowns, and when the new team hit the court they were wearing a new style of uniform in teal and purple, making a fashion statement that swept the nation. The creation of internationally-known clothing designer and Chapel Hill native Alexander Julian, the uniforms were also distinctive for their use of pinstripes—a first for an NBA team. 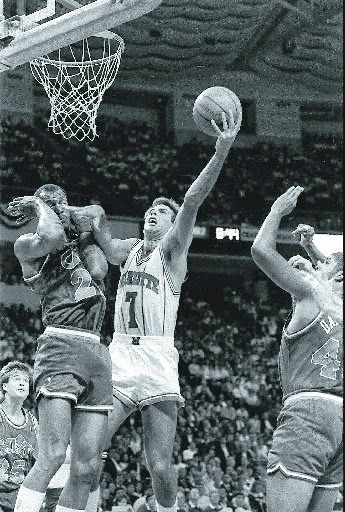 In 1985, the NBA set plans to expand by four teams by the 1988-1989 season. Kannapolis entrepreneur George Shinn sought to bring one of those teams, assembling a group of prominent local businessmen to rally behind the effort and pointing out that the Charlotte Coliseum, then under construction, would be one of the league’s largest arenas.

Though the Hornets finished their inaugural season with a record of 20 wins and 62 losses, they were a runaway hit and led the NBA in attendance, a feat they would achieve seven more times in Charlotte.

Perhaps one of the highlights of that first season, came just before Christmas when the Hornets beat Michael Jordan and the Chicago Bulls 103–101 at the buzzer in Jordan’s first return to North Carolina as a professional.

The team owned by Shinn relocated to New Orleans in 2002, and the NBA established the Charlotte Bobcats in 2004. After the New Orleans team rebranded as the Pelicans, the Hornets name returned to Charlotte in 2014.