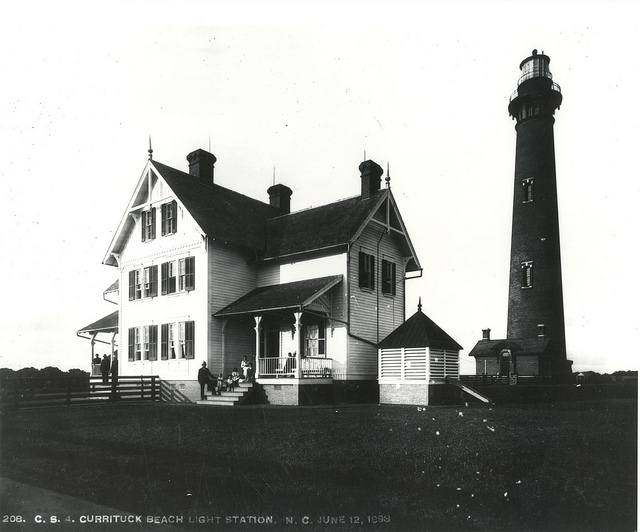 On December 1, 1875, the Currituck Beach Lighthouse was lit for the first time.

Built in response to the many wrecks in the 40 miles of “dark space” of coastline without lighthouses at the time, the idea for the structure was conceived in 1872. Construction began in 1873, and when completed, the 162-foot lighthouse was left unpainted to distinguish its exterior from other lighthouses along the coast.

The last of the major brick lighthouses built on the Outer Banks, the building exhibited unique craftsmanship and a red-brick design that still draws visitors to this day.

A keeper’s house was added in 1876, and, for years, those who lived there tended to the original source of the tower’s light: an oil-lamp with five wicks, the largest of which was 4 inches in diameter. After the building was electrified and automated in 1939, the need for keepers diminished. By the 1970s, the lighthouse, especially the keeper’s quarters, had fallen into disrepair.

Working in concert with the state, a local preservation group began to restore the Currituck Beach Light in 1980. Work was largely completed in 2011.

The Sand Island Light off Alabama’s Gulf Coast was built using the plans from Currituck, though it is slightly smaller and has a less powerful beacon.