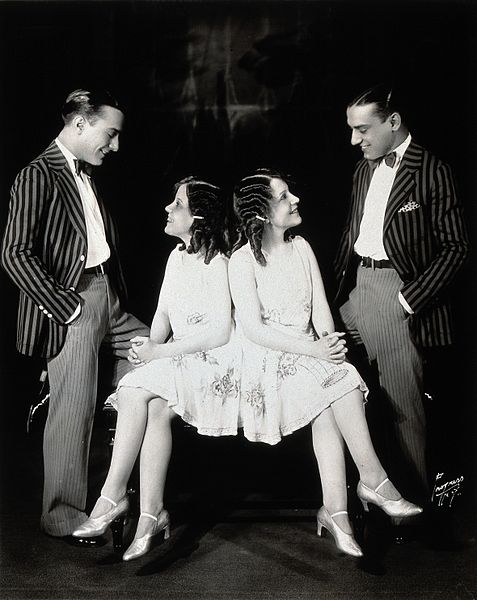 Daisy and Violet Hilton being wooed by two young men, circa 1927. Image from Wellcome Images. 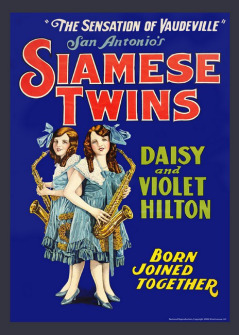 On January 4, 1969, conjoined twins Daisy and Violet Hilton were found dead in their home in Charlotte. The 60-year-old women most likely died of complications of the Hong Kong flu.  Born in Brighton, England in 1908, the twins were unofficially adopted by their biological mother’s midwife, Mary Hilton, when the mother rejected the children.  From the time that they were infants, they were exhibited by Hilton and her daughter. Soon Hilton’s son-in-law, Myer Myers, became their agent and exhibited them in the United States.  They were kept in insolation when not being exhibited on midways across the country.

By 1931, the sisters had enough and sued for independence and damages. They won a settlement of $100,000, a fraction of what they had earned. They performed in vaudeville productions and, in 1932, they appeared in the film Freaks. They published their autobiography The Lives and Loves of the Hilton Sisters in 1942. After World War II, the popularity of sideshows diminished, and they toured drive-in theaters in support of the film Chained for Life in which they acted in 1950. Their manager abandoned them in Charlotte, where they settled and worked as produce clerks in a local grocery store.