Among the most prominent North Carolinians of her day, McKee brought to the legislature a wealth of experience in public affairs.

Born and raised in Dillsboro in Jackson County, she was the daughter of the town’s founder. Her family also long operated the High Hampton Inn, among the leading resorts in the region. McKee’s first involvement in politics came in 1928 when she worked on a campaign for Congress.

After being elected to the state Senate seat from the 32nd District in 1930 and taking her seat in 1931, she jokingly referred to her 49 male colleagues as her children. As chair of the public welfare committee, she took a special interest in child labor laws and old-age assistance. Voters returned her to the Senate four times, and there was even talk of her becoming North Carolina’s first female governor.

McKee died in 1948, three weeks after being elected to a fourth Senate term. 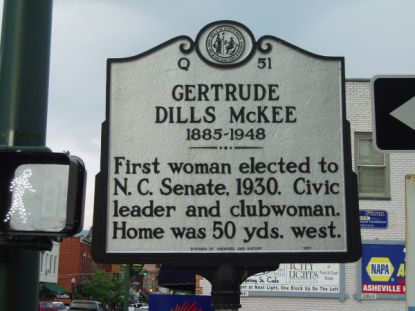