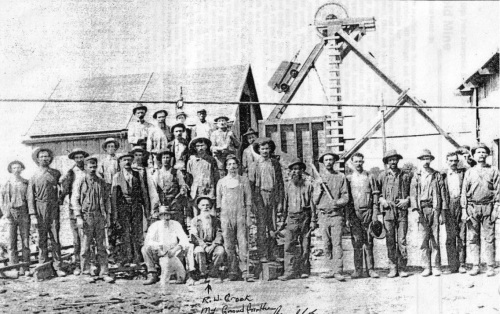 Miners at Silver Hill, circa 1900. Image from
the Davidson County Historical Society.

On January 7, 1839, the first silver mine in the United States opened at Silver Hill, near Lexington in Davidson County.

Silver was first discovered on the site in 1838. Prospector Roswell A. King purchased the land, and along with John W. Thomas, was issued a charter by the General Assembly in 1839. The site became known as the Washington Mine.

The loss of silver and lead in the refining process caused financial troubles for the Washington Mining Company. Experiments in refining failed to improve the situation, and, in 1852, the mine closed. 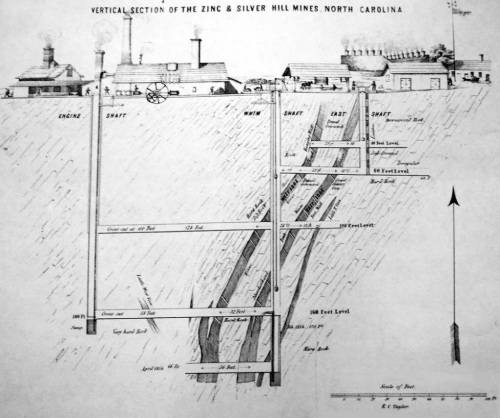 A circa 1854 cross-sectional drawing of the mine.

In 1854, the operation reopened as the Silver Hill Mine under the management of a New York company, the Zinc and Silver Mining Company. The company owned the town that grew up around the mine, and the original workers were poor whites who were paid wages less rent and other costs. By the late 1850s, white workers were increasingly replaced by rented slave labor.

During the Civil War, the mine produced lead for the Confederate war effort. The Zinc and Silver Mining Company resumed operations after the conflict, but the company ceased operations in 1882, due to continuing refining problems and legal difficulties over the title.

Attempts to revive it in later years were unsuccessful.