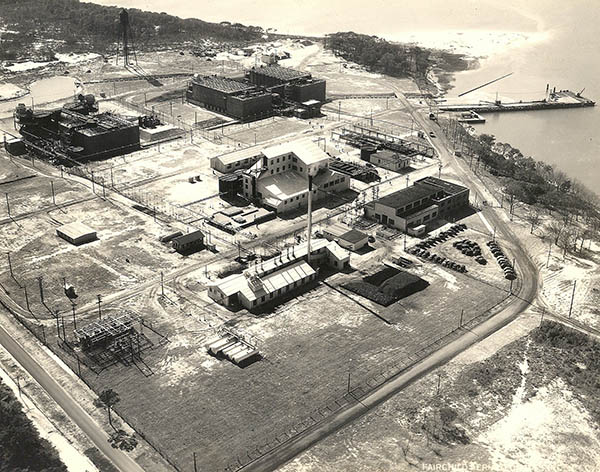 An aerial view of the Ethyl-Dow plant. Image from the
Federal Point Historic Preservation Society.

On January 10, 1934, the Dow Chemical Company and the Ethyl Corporation began extracting bromine from seawater on a neck of land near Wilmington. Bromine was used in photography and chemical warfare, but its primary use was in Ethyl, an anti-knock compound in gasoline.

Before 1934, bromine had been extracted aboard ships at sea, but increased demand for the product meant a land-based production facility was needed. Dow and Ethyl purchased 90 acres at Kure Beach. The site proved ideal, as it had a natural basin for a holding reservoir, which was formed by a Carolina bay and an abandoned trench was thrown up as part of the Cape Fear defense system in 1865.

The plant, erected at a cost of $3 million, proved to be a boon to the local economy during the Depression. At peak production, it extracted 15,000 pounds of bromine per day, and 2,000 gallons of water had to be treated to yield a single pound of the substance. 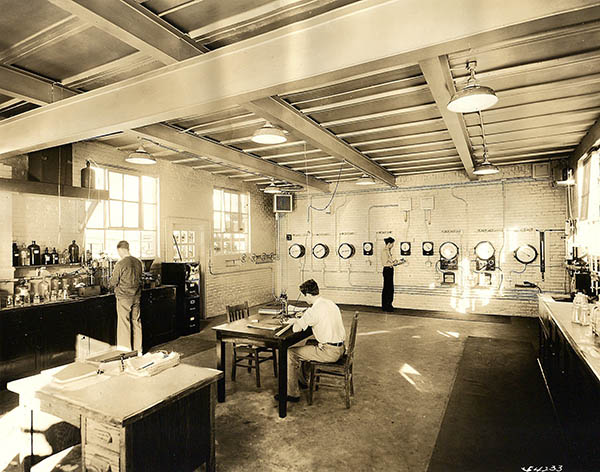 Production ceased in 1946 when another plant opened in Texas. Parts of the plant in North Carolina were used for other industrial purposes, and the concrete bases of the towers have defied destruction to this day.