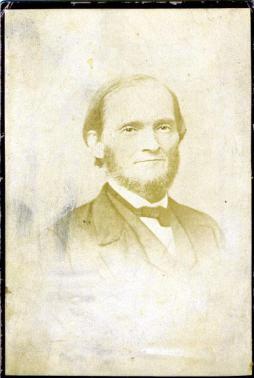 Image from N.C. Museum of History

On January 11, 1887, education advocate Calvin Henderson Wiley died.  Born in Guilford County in 1818, Wiley practiced law, edited a newspaper, and wrote novels before entering the political realm. He was representing Guilford County in 1852 when he was instrumental in passing the legislation that created a state superintendent who oversaw all public schools in the state. Leaving the General Assembly later that year, Wiley was selected as North Carolina’s first superintendent, an office he held until April 1865.

When he arrived to take charge of the state’s schools, Wiley found an educational system in great disrepair. Throughout his tenure, he sought to restore the people’s faith in public instruction under the banner of educational reform. In addition to accepting a host of speaking engagements around the state to promote education, Wiley founded several clinics that taught, examined, and licensed North Carolina teachers. In 1851, he published, at his own expense, the North Carolina Reader, which quickly became the standard textbook statewide.

Within seven years of taking office, Wiley and his staff were able to raise North Carolina’s educational standards to create what many considered to be the most efficient system in the South. Several elementary, middle, and high schools around the state are named in his honor.

Check out NCpedia for more on the history of education in North Carolina.