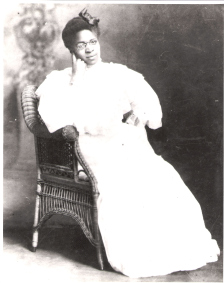 Charlotte Hawkins Brown on her wedding day in 1911.

On January 11, 1961, noted African-American educator and founder of the Palmer Memorial Institute, Dr. Charlotte Hawkins Brown died. Born in Henderson, Brown moved to Cambridge, Massachusetts, with her family when she was young and was educated there. In 1901, at age 18, she was persuaded by the American Missionary Association to return to North Carolina to assist in their effort to educate southern blacks.

Brown established the Palmer Memorial Institute in Sedalia, naming it for Alice Freeman Palmer, former president of Wellesley College, who was a friend and benefactor. The school opened in 1902. It first operated out of an old blacksmith shop, but eventually grew to house hundreds of students in more than a dozen buildings. Palmer grew to become known as an elite black preparatory school, hosting students from all over the country and world. 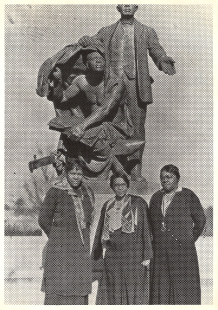 During her tenure at Palmer, Brown actively toured, speaking on behalf of women’s suffrage and racial equality. She devoted her life to the improvement of the African American community’s social standing and was active in the National Council of Negro Women, an organization founded by celebrated educator Mary McLeod Bethune in 1935. Also as president of the North Carolina State Federation of Negro Women’s Clubs, Brown directed African American women’s formal civic experiences for more than twenty years.