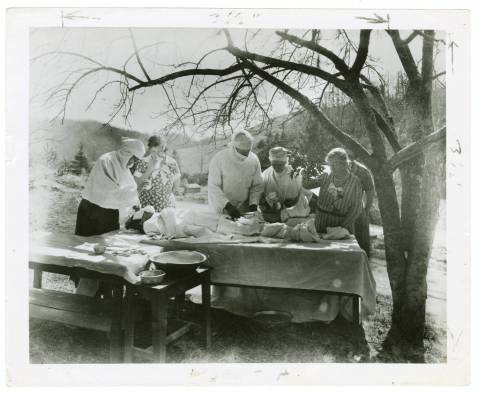 Sloop and her husband operate under an Avery County apple tree.
Image from the State Archives.

On January 13, 1962, Mary Martin Sloop, founder of Crossnore School in Avery County, died at the age of 88.

Raised at Davidson College where her father was a professor of geology and chemistry, Sloop went to Philadelphia to study medicine after being rejected by schools in North Carolina. She married surgeon Eustace Sloop in 1908, and they determined to seek their fortune in the North Carolina mountains.

Settling into a joint practice first at Plumtree and soon after at Crossnore, they attended to the medical and educational needs of the community. Sloop founded Crossnore School because of the deficiencies of the public school system.

As local schools improved, Crossnore’s mission changed to serve orphans and children from broken homes. She worked to reduce the problems of child brides and illegal liquor through education. In 1928, she helped organize the Southern Highlands Handicrafts Guild. 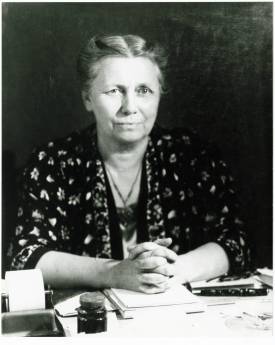 The Weaving Room at Crossnore played an important role in the revival of Appalachian handicrafts. Of students’ craft work, Dr. Sloop said,

It is their character building qualities which concern us most at the school.

Miracle in the Hills, published in 1952, is her life story and that of Crossnore School.