Black Delegates Had Voice at 1868 Convention 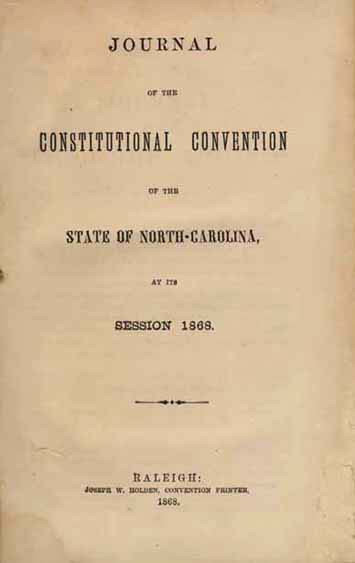 Title page of the journal of the 1868 convention.

On January 14, 1868, a North Carolina constitutional convention, now known as the “Convention of 1868,” opened in Raleigh.

The convention was required by an act of Congress that ordered North Carolina to create a new state constitution. The General Assembly decided to hold a referendum in November 1867 to choose delegates to a constitutional convention to be held in early 1868.

Many former Confederate leaders had not yet taken an Oath of Allegiance to the United States and were not eligible to vote or serve. Chosen for the convention were 107 Republicans and 13 Democrats. The members of the first “Black Caucus” were all Republicans. 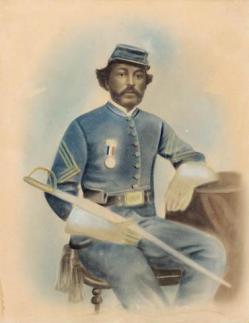 An 1865 drawing of Parker Robbins in the collection of the N.C. Museum of History

The participants of the Black Caucus were not legislators, exactly. But they came together at the State Capitol in January 1868 to take part in a very important process— to expand freedom for all.