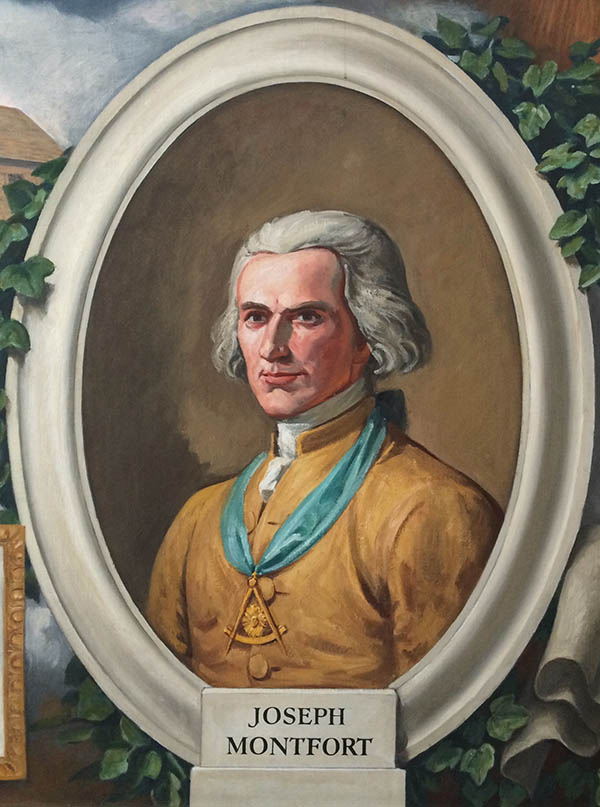 Image from the Grand Lodge of North Carolina.

Montfort was born in England in 1724. Little is known about his early life. After settling in Halifax sometime in the middle of the 18th century, he quickly became active in civic affairs, representing Halifax in the colonial assembly from 1766 to 1774 and eventually serving as a treasurer of the colony.

Montfort died in 1776 and is buried near the Masonic Lodge in Halifax, one of the state’s first. 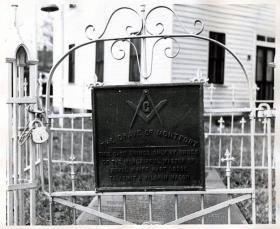 A 1954 image of Montfort’s grave in Halifax now in the collection of the N.C. Museum of History