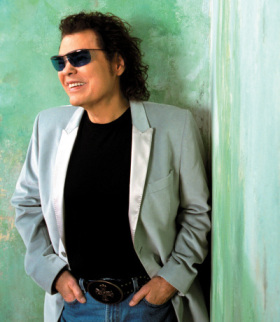 On January 16, 1944, award-winning country musician Ronnie Milsap was born in Robbinsville. Born with congenital glaucoma, Milasp lost his eyesight early in life and spent 12 years learning to play the violin and piano at the school for the blind in Raleigh.

Though he loved music, he received a scholarship and pursued a career as a lawyer. After a chance encounter in 1965, Ray Charles heard Milsap play the piano and encouraged him to follow his heart. Milsap formed his own band

After the 1969 hit “Never Had It So Good,” Milsap moved to Memphis to advance his career. He would go on to become one of country music’s biggest stars, winning eight CMAs, four ACM Awards, and six Grammy Awards during the course of his career. He has also had a total of forty number-one hits and has sold more than thirty-five million albums.