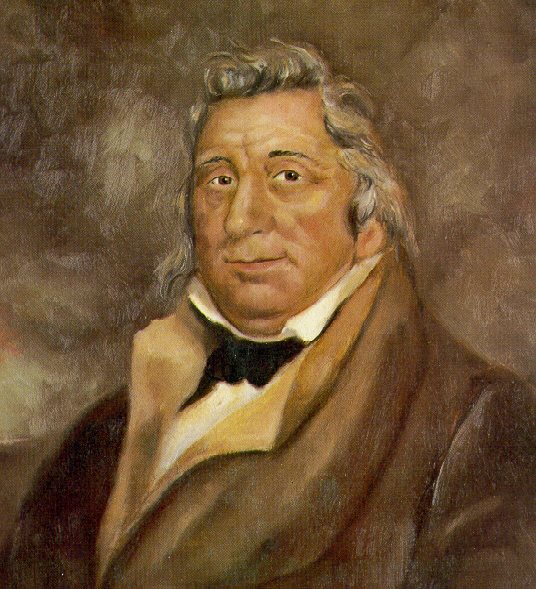 A portrait of "Giant" Peter Francisco

Francisco was noted for his many feats of bravery during the American Revolution, especially during the Battle of Guilford Courthouse in what’s now Greensboro in March 1781.

Not much is known of Francisco’s origins, except that he arrived in Virginia in 1765, possibly from Portugal. He stood at a statuesque six feet, eight inches, and weighed nearly 260 pounds. He enlisted in the 10th Virginia Continentals at the beginning of the Revolution and saw much heavy fighting during his four-year tenure.

Upon his discharge, Francisco quickly re-enlisted and continued to serve in the American army in South Carolina.

Francisco was cited for saving a cannon at the Battle of Camden in August 1780, and while serving with Colonel William Washington’s dragoons at Guilford Courthouse, Francisco is said to have killed 11 British soldiers in succession with his broadsword.

One British soldier pinned Francisco’s leg to his horse with a bayonet, and he killed the soldier with a strike from his sword. Despite his wounds, Francisco continued to fight till the end of the engagement.

After the war, Francisco retired to Richmond. He later became famous for saving a number of people from a burning theater.

For more about North Carolina’s history, arts, nature, and culture, visit DNCR online. To receive these updates automatically each day, make sure you subscribe by email using the box on the right, and follow us on Facebook and Twitter.