The Wilmington 10 and Firebombing of Mike’s Grocery 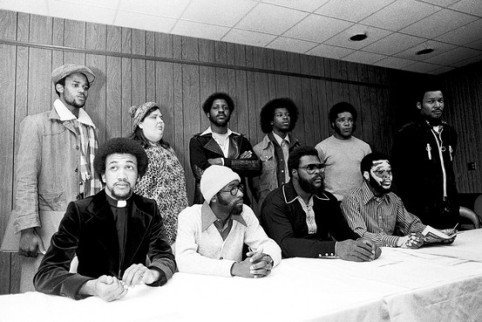 On February 6, 1971, Mike’s Grocery, a mom-and-pop store in Wilmington, was firebombed and burned. It’s unclear who was responsible for the arson, which came after a week of increasing racial tension and violence over the desegregation of the city’s high schools.

Demanding fairer treatment and a black studies curriculum, black high school students, led by civil rights activist Ben Chavis, began a boycott of classes in late January 1971. The protesters established headquarters at a local church, which became the epicenter of violence after the school board rejected their demands. A racist organization attacked the church in drive-by shootings, and gunfire and arson ensued in the area. Police killed a student protester, and a white supremacist was killed as he took aim at the church.

About a year later local and state authorities, intent on punishing Chavis, arrested him, eight black high school students and a white anti-poverty worker on charges related to the arson at Mike’s.

Despite the lack of real evidence tying them to the arson, the prosecutor secured guilty verdicts by using perjured testimony and illegally excluding blacks from the jury. The case garnered national press attention, and in 1976, Amnesty International became involved in an effort to free the Wilmington 10.

Key witnesses recanted their testimony in the late 1970s and investigatory pieces by 60 Minutes, the New York Times and others suggested evidence had been fabricated. The Soviet Union even cited the Wilmington 10 as an example of American political imprisonment when Pres. Jimmy Carter criticized that country for the practice in 1978.

The convictions of the Wilmington 10 were ultimately overturned by the U.S. Court of Appeals for the Fourth Circuit in 1980. Governor Beverly Perdue issued them pardons in 2012.