Harnett Basketball Contest in 1964 Had 13 Overtimes 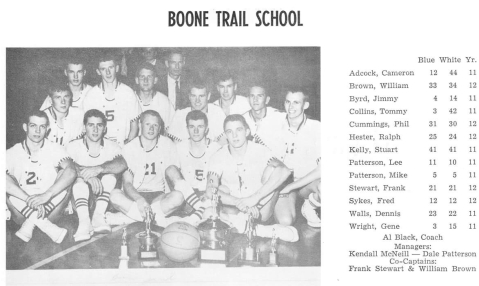 The game, that year’s Harnett County high school championship, was played in Campbell University’s Carter Gym. The gym was small in size and could seat only 947 spectators. There is no known record of how many were in attendance that day.

Boone Trail’s Frankie Stewart led all scorers with 29 points. Reportedly, one of the Angier players was so superstitious that the coaches told his team to not tell him they were in overtime number 13.

The game began at 8:30 p.m. Saturday and ended just before midnight. With the final buzzer, it just avoided the “no play on Sunday” rule.