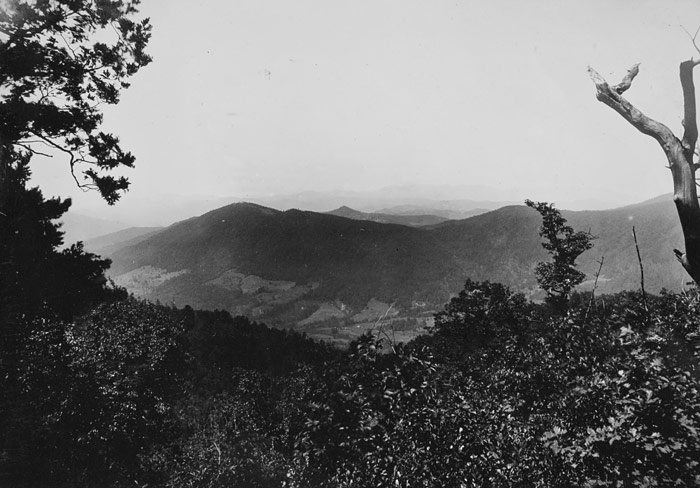 On March 3, 1915, the General Assembly appropriated $20,000 to purchase Mount Mitchell. It would become the first of North Carolina’s state parks.

At the time, the virgin-growth forests rich with balsam and spruce that once dominated the Black Mountains were quickly disappearing because of a thriving timber trade in the area. The effort to preserve the Yancey County mountain from rampant logging came about, in part, from extensive lobbying by Governor Locke Craig.

At 6,684 feet, Mount Mitchell is the highest peak east of the Mississippi River. It was named for Elisha Mitchell, a science professor who first visited the area around it as part of the North Carolina Geological Survey. In the 1830s and 1840s, he took barometric pressure readings from the state’s tallest peaks and used mathematical formulas to determine their elevations. Until Mitchell’s calculations, New Hampshire’s Mount Washington, only 396 feet shorter than Mitchell was thought to be the tallest peak in the east.

In an unfortunate twist of fate, Mitchell died while exploring the mountain that bears his name in 1857, when he slipped and fell from a cliff, drowning near a waterfall now known as Mitchell Falls.

Visit: Mount Mitchell, located near Burnsville, is one of the 74 properties managed by the North Carolina State Park System.