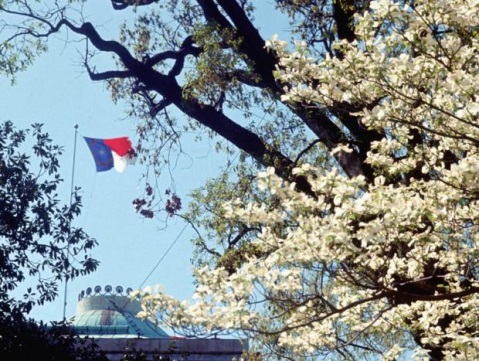 Four species of dogwood are native to North Carolina. Cornus florida, the flowering dogwood, grows on a tree, and can be found during spring in most parts of the state, and is the flower with which most people are familiar.

Cornus racemose, the grey dogwood, grows on a bush can and be found in the northern Piedmont, and Cornus asperifolia, the roughleaf dogwood, is found along the southeast coast.

The alternate-leaf dogwood, Cornus alternifolia, was once found in the Piedmont, but now can only be seen in the mountains.

The dogwood is both the official state tree and flower of Virginia, and the state tree of Missouri.