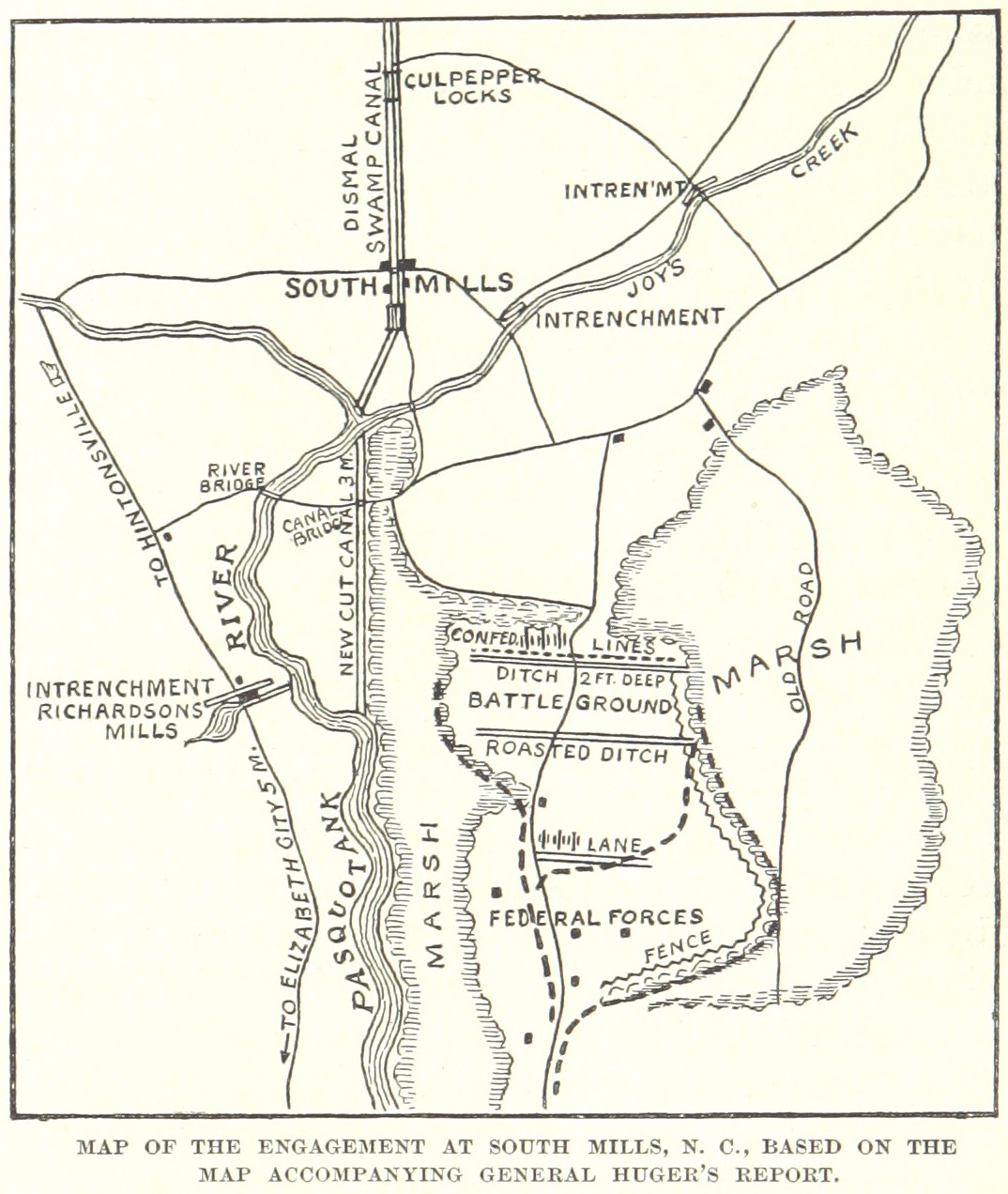 On April 18, 1862, Federal forces landed in Camden County to begin a two-day march and fight directed at finding and destroying the locks on the Dismal Swamp canal system. Closing that system would prevent Confederate naval forces from sending ships from a shipyard in Virginia to the Albemarle Sound.

The landing action, now known as the Battle of South Mills, involved about 3,000 Union soldiers commanded by General Jesse L. Reno and 900 Confederates commanded by General Ambrose R. Wright. The battle was part of the Burnside Expedition, which had the wider goal of reclaiming northeastern North Carolina for the Union.

After the federal troops landed and moved toward locks on the canal, one group of men took a wrong road on the advice of their guide. That misstep led to an unplanned 10-mile march, and by the time the stray group reunited with the larger force, they found their fellow soldiers hotly engaged by entrenched Confederates.

The confusion prevented Union troops from reaching the locks, so the federal forces broke off the engagement allowing the Confederate troops to retreat from the scene. Both sides claimed victory—Union forces for retaining the field of battle and the Confederates for preventing the locks’ destruction.

Visit: Dismal Swamp State Park preserves land near where the battle was fought.