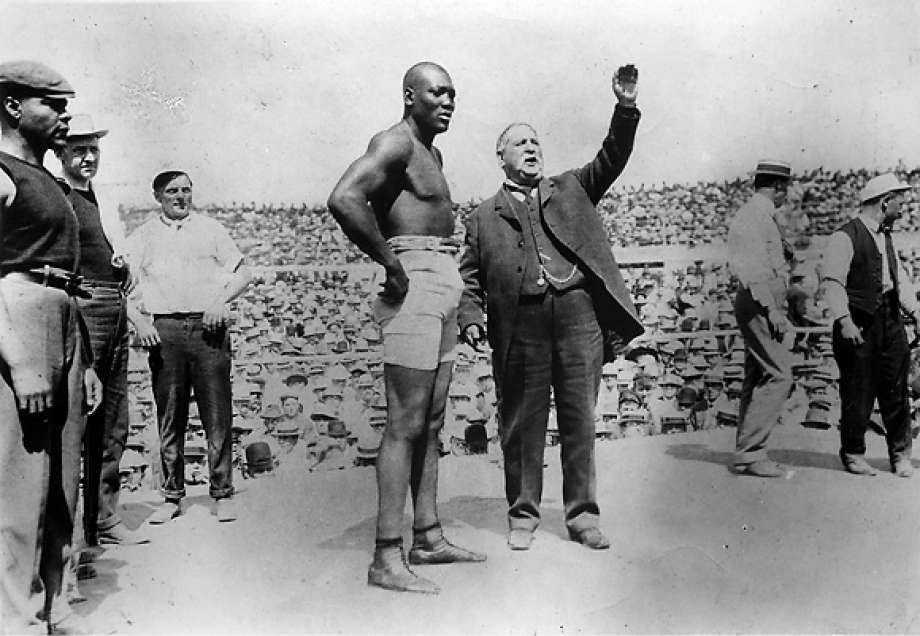 Johnson won the boxing title in 1908 in Australia. Immediately after his victory, the public cried for a “great white hope,” or in other words, a white man to defeat Johnson. In 1910, Jim Jeffries, the champion from 1899 to 1905, was coaxed out of retirement to fight Johnson. In what was one of the most publicized events in the history of sports, Johnson defeated Jeffries easily.

Upon the public outcry that Jeffries was past his prime, Jeffries responded that he couldn’t have beaten Johnson, even at his best. Johnson went on to successfully defend his belt for seven years.

For most of his life, Johnson was passionate about sports cars. Passing through North Carolina in 1946, his car struck a utility pole south of Franklinton. He was taken to the closest hospital that accepted black patients, St. Agnes, where he died of his injuries.

Appropriately, the occupation listed on the 68-year-old’s death certificate was prize fighter.

Read more about sport in North Carolina on NCpedia