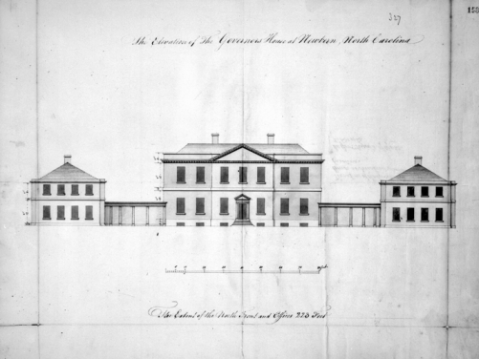 Arriving in New Bern on June 10, he stayed in a local tavern for about a month. Miranda, a lifelong journal keeper, recorded his thoughts and impressions of places he visited. Of his trip to New Bern, he mentions a barbeque held in town to celebrate the end of the Revolution. Attended by common folk, gentry and government officials, the event, in Miranda’s eyes, was democracy in its purest sense. 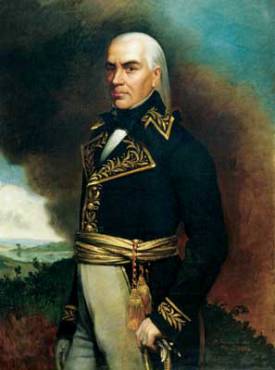 Miranda’s journals now reside in an archives in Caracas. When research began for the restoration of Tryon Palace in the 1940s, historians consulted them and found a reference to the original drawings of the garden but not the drawings themselves.

In 1991, researchers renewed efforts to obtain copies of the drawings and finally succeeded.

Despite the landmark find, the documentary evidence in the drawings was not straightforward and conflicts with other historical evidence that remains about the Palace gardens. The decision was made not to alter the current landscape until additional research was done, and none of the historic garden plans have ever been implemented at the Palace.

Visit: Tryon Palace Historic Sites and Gardens is open to the public seven days a week.