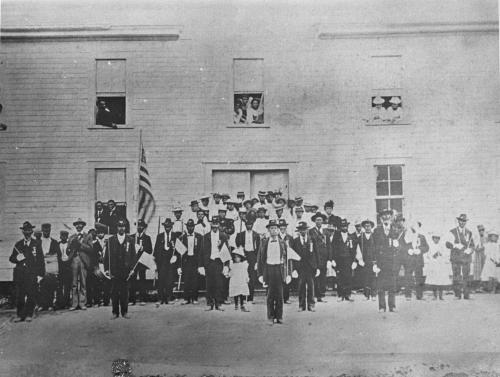 The organizing and recruiting of North Carolina’s African American troops had already been underway for nine months. In July 1862, Congress issued a Second Confiscation and Militia Act. The act allowed President Abraham Lincoln to use as many African Americans as he deemed necessary to suppress the South, and to use them in whatever way he thought best to accomplish that end.

The use and treatment of African Americans varied, and men were frequently assigned fatigue duty rather than combat. However, Lincoln did authorize African Americans to assume combat roles in the January 1863 Emancipation Proclamation.

That May, General Orders No. 143 established a Bureau of Colored Troops and all future regiments would be designated as United States Colored Troops.