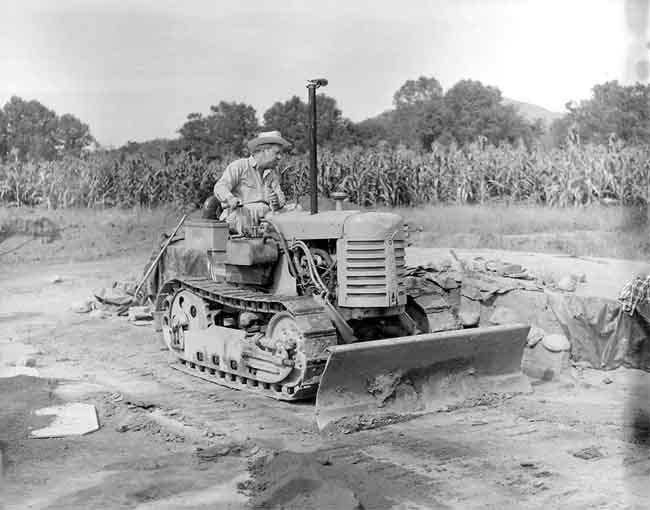 On July 5, 1916, widely-respected archaeologist Joffre Coe was born in Greensboro.

Coe developed his interest in archaeology early, spending time exploring the outdoors with his paternal grandfather and corresponding with prominent anthropologists during his teenage years.

After graduating from high school in Florida in 1933, Coe returned to North Carolina and helped form the Archaeological Society of North Carolina. He enrolled at Brevard College in 1934 and transferred to UNC shortly thereafter.

While studying in Chapel Hill, Coe undertook several major projects including a survey of 32 Indian sites in Transylvania County and the first systematic archaeological excavation at an Indian site in the North Carolina piedmont. During his college years he also began work that he would continue for the rest of his life at Town Creek Indian Mound in Montgomery County.

After graduating from UNC, Coe enlisted in the Army in 1942 and served as a war photographer and intelligence officer. He received his graduate degrees in anthropology from the University of Michigan and joined the faculty at UNC.

Coe, who died in 2000, is now considered one of the foremost authorities on the archaeology of eastern North America.