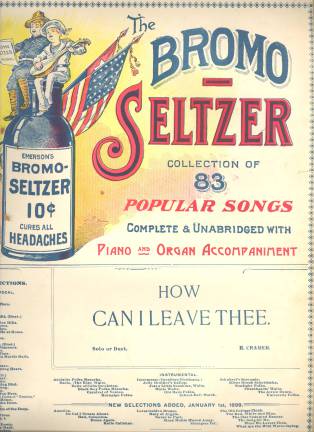 Emerson enrolled at UNC, working with a local druggist while pursuing a degree in chemistry, which he received in 1879. He married and moved to Baltimore where he established several drugstores and began experimenting with the headache remedy that he eventually patented as Bromo-Seltzer.

To produce and market his product, Emerson created the Emerson Drug Company in 1891. His remedy became wildly successful due in large part to his marketing genius. He advertised the product across the county and the world.

In 1911, he oversaw the construction of the Emerson Bromo-Seltzer Tower, a 15-story skyscraper in Baltimore. The tower originally had a 51-foot tall, rotating and glowing blue Bromo-Seltzer bottle at its top. The bottle was eventually removed but the tower remains a well-known landmark, now housing artists’ studios and a fire department.

Emerson was deeply involved in Maryland’s naval reserves and personally financed a naval squadron during the Spanish-American War.  He donated the money to build UNC’s first sports stadium in 1914, which remained in use until 1971.