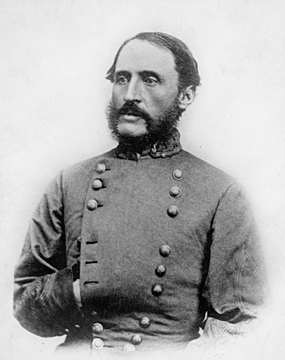 On July 27, 1812, Thomas Clingman was born in Huntsville, in what is now Yadkin County. Clingman served as a U.S. Senator and Confederate general and boosted economic development in western North Carolina. The highest peak in the Great Smoky Mountain range is named Clingman’s Dome in his honor.

During the Civil War, Clingman quickly rose to the position of brigadier general. Despite his unremarkable military career, he was prevented from returning to political office due to the provisions of his amnesty.

Clingman worked to promote the popularity of western North Carolina, publicizing the region through writing and lectures. For more than 10 years, Clingman engaged in a fierce debate with Elisha Mitchell about which peak was the tallest in North Carolina. In 1858, geographer Arnold Guyot, having determined that what became Mount Mitchell was 39 feet taller, named a neighboring summit Clingman’s Dome for its proponent.