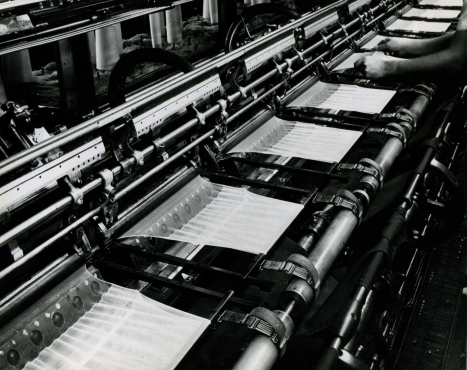 Initially Love struggled with sales, but his luck began to change as soon as he began experimenting with the newly-created synthetic yarn called rayon. Burlington Mills produced an incredibly popular rayon blend bedspread, the success of which allowed Love to diversify into other rayon products including draperies and cloth for garments. During this time Love built new facilities and purchased old cotton mills for conversion to rayon production.

In the late 1930s, Love, on the advice of an associate, began to advertise his goods. Burlington Mills was marketed as the manufacturer of the best quality rayon fabric available—fabric that would not shrink or fade. By 1955, the business had been renamed Burlington Industries, and had expanded to weaving the new synthetic fabrics nylon, acrylic and polyester.

Toward the end of the 20th century, the company operated 130 manufacturing plants with 65,000 employees in 16 states and seven foreign countries and had earned the title of largest textile corporation in the world.

Still, it wasn’t immune to the economic challenges affecting the textile industry at-large in the Tar Heel state. Burlington Mills declared bankruptcy in 2001 and was absorbed into the massive International Textile Group in 2004.