Son and Namesake of Confederate General Key to NCSU Growth

Born in Davidson in January 1859, Hill earned bachelor’s and master’s degrees from Davidson College and spent time teaching at Georgia Military College before joining the first faculty at what’s now N.C. State University as an English professor in 1889. He would stay on at the Raleigh university for 29 years. 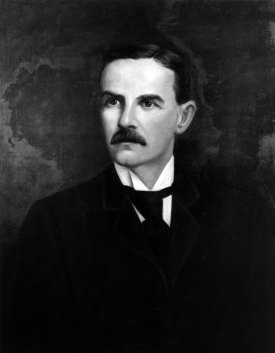 At N.C. State, Hill was instrumental in helping the budding college grow. In addition to his duties on the English faculty, Hill worked as the college’s bursar, bookkeeper and secretary of the faculty. He helped begin the library at N.C. State and served as the school’s first librarian on a part-time basis for 10 years.

An active writer and historian, Hill penned the North Carolina volume for the 1899 series Confederate Military History. He went on to write history books for young people, a textbook on agriculture and a two-volume history of North Carolina during the Civil War.

The D. H. Hill Library, the main library on the N.C. State campus, is named in his honor.