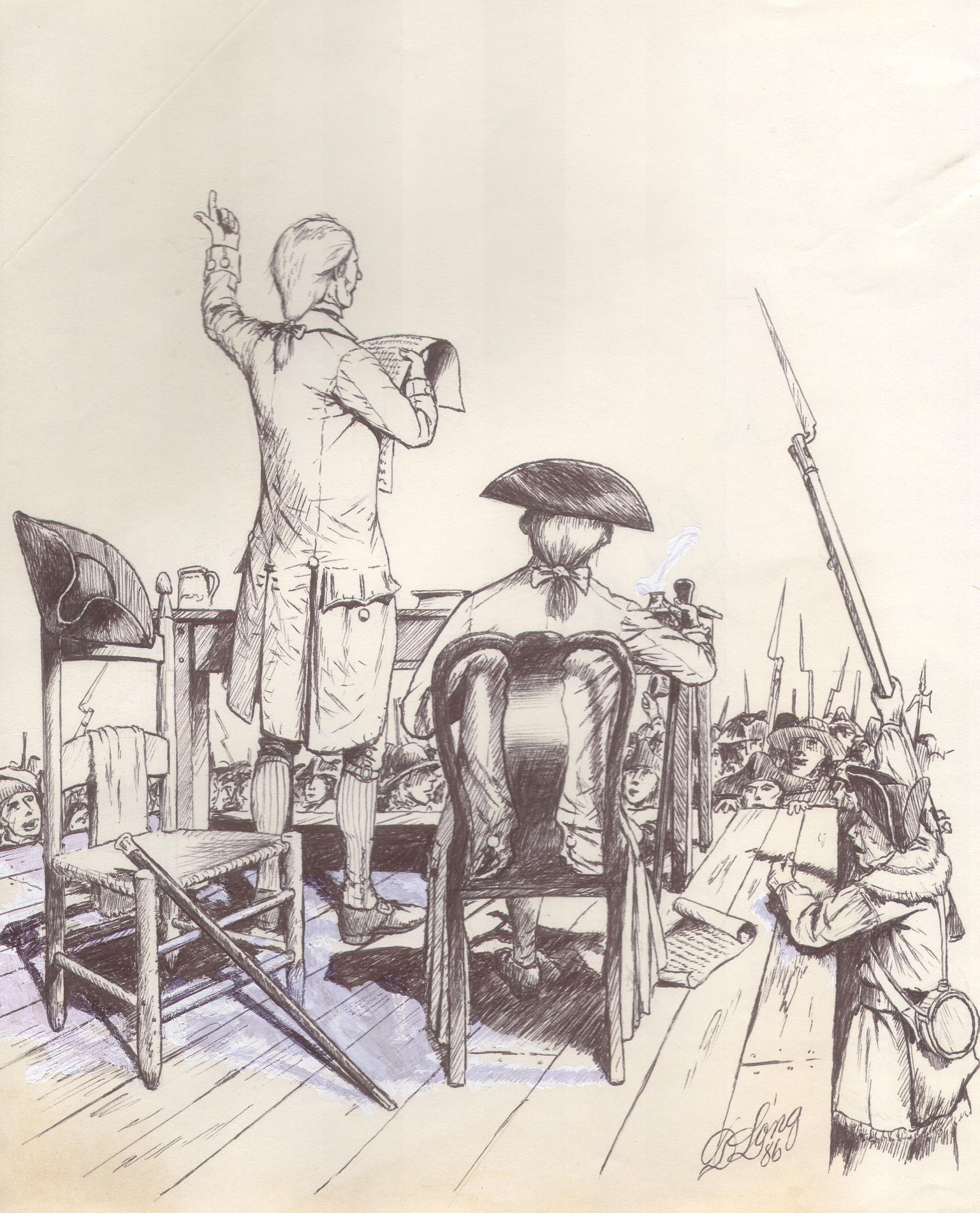 On August 1, 1776, Cornelius Harnett read what would become known as the Declaration of Independence to a crowd in Halifax. It was the first public reading of the document in North Carolina.

Harnett was president of the North Carolina Council of Safety and had served as chairman of the committee that, in April of 1776, produced the Halifax Resolves, a formal declaration of North Carolina’s support for independence from Britain.

After the Declaration had been adopted by the Continental Congress on July 4, the manuscript was taken to the shop of John Dunlap, official printer of the budding American government. According to the National Archives, it’s unclear how many copies Dunlap made that night, but 26 are still around for us to see.

Those first copies of the document, often called “Dunlap broadsides” were dispatched the following day to members of Congress, committees of safety, commanders of the Continental Army and others.  It was a Dunlap broadside that Harnett shared with the residents of Halifax.

Since it was a point of state pride that North Carolina was the first colony to commit intentions of independence to paper with the Halifax Resolves, many deemed it appropriate that the Declaration should be read there first.