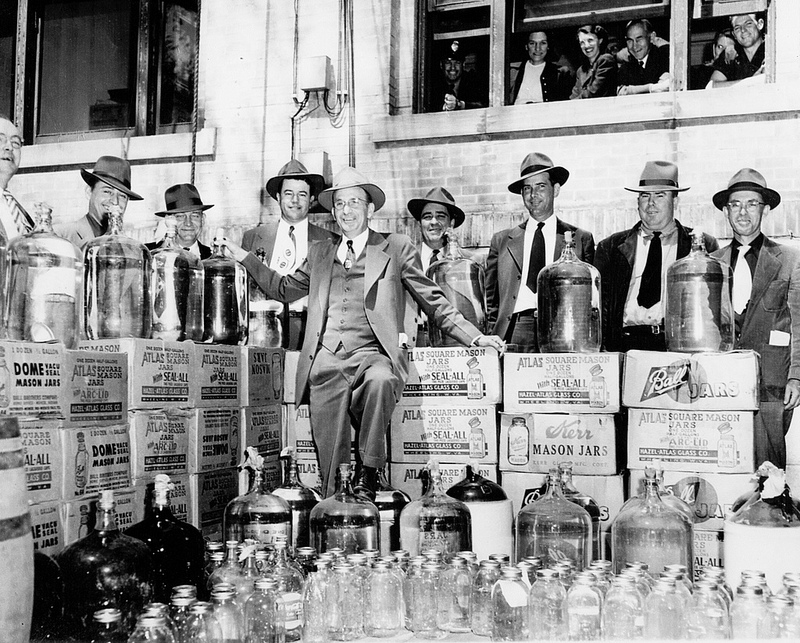 On August 2, 1958, the Saturday Evening Post profiled Percy Flowers of Johnston County, labeling him the “King of the Moonshiners.” Throughout his career, Flowers managed to stay just out of reach of the law and developed a reputation as a local Robin Hood.

Born in 1903, Flowers grew corn and tobacco on his nearly 5,000 acres, like many others in region did. Unlike most others, he began to use some of his corn for making illegal liquor, concealing the stills and spirits in his tobacco barns.

Flowers’ first brush with the law came in 1935 when he and his brothers assaulted a federal treasury agent. His brothers served time for the incident, but Flowers was sprung after only three days when a judge stayed his sentence. His attorney argued that 22 sharecropper families were dependent on Flowers for their livelihood.

A bigger bust came in 1957 when agents searched and padlocked his store, seizing his safe and its contents which reputedly included large amounts of cash. The jury deadlocked over the charges but the judge found Flowers guilty of contempt for publicly berating another agent in the courthouse lobby. Six months in the federal penitentiary followed, the longest sentence he faced.