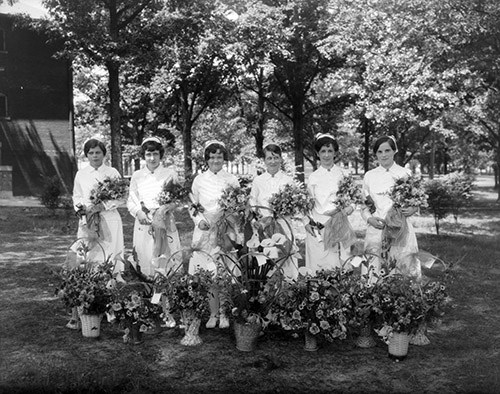 Raised in Vance County, she went to work at Rex Hospital in Raleigh and Watts Hospital in Durham shortly after completing her medical training in Philadelphia in 1894. While at Rex in 1901, Wyche organized the Raleigh Nurses’ Association. The following year, she founded the North Carolina Nurses’ Association with 14 other nurses from around the state. During her six-year tenure as that organization’s president, Wyche persuaded the legislature to enact a law concerning the registration of nurses.

Instrumental in the founding of several nursing schools, Wyche retired from active service in 1910 to work on a history of nursing in North Carolina. The history was published two years after her death in 1936. One writer claimed, “What Clara Barton has been to America, Mary Lewis Wyche has been to North Carolina.”