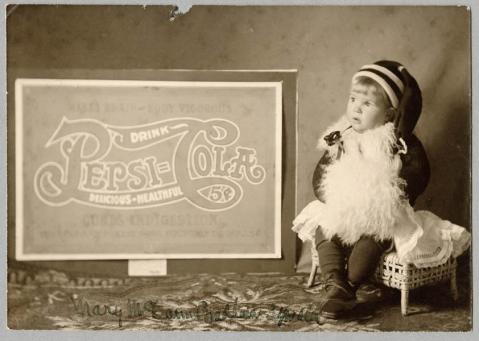 Beginning in 1893, New Bern pharmacist Caleb Bradham developed and began serving a carbonated drink he called “Brad’s Drink.” He served the beverage from the soda fountain in his pharmacy at the corner of Pollock and Middle Streets.

As a pharmacist who had undergone some medical training, Bradham believed in the health, energy and digestive benefits of his sweet and bubbly brew, which originally included the enzyme pepsin and the cola nut. It is likely that these ingredients resulted in the renaming of the drink, although at some point pepsin was removed from the formula.

After the renaming, Bradham managed to purchase the trade name “Pep Cola” from a New Jersey company and, in 1902, he incorporated the Pepsi-Cola Company under North Carolina law. Shortly thereafter he registered a patent for the formula.

From there the business quickly grew. By 1910, the beverage was being bottled at more 300 companies in 24 states. A combination of factors including fluctuations in sugar prices and supply, imperfect bottling technology and poor marketing resulted in a failing business after World War I, and Bradham was forced to sell the company.